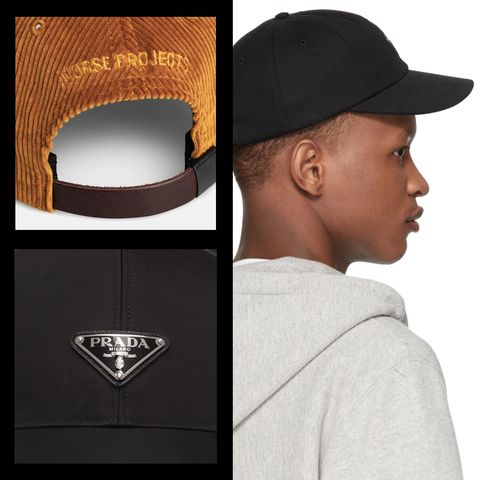 You want the best. And heck, you deserve the best. But there's a lot of choice out there, and sometimes the best is hard to find. Fortunately, we know where to find it. Every week, the Esquire editors reveal their favourite brands, from under-the-radar steals to luxury loves, so you can invest in the best clothes, watches and accessories that money can buy.

This week, the hat that even non-hat people can wear: the humble cap.

"I am of the belief that unless you’re a batter for the San Francisco Giants, wearing a baseball cap while strolling to the supermarket is something of a statement in itself. As such, simplicity is king when it comes to the cap, and nobody makes more stylish basics than New York brand Noah.

im电竞官网-"Launched by Supreme's former creative director Brendon Babenzien in 2015, Noah fuses the punk and preppy styles of NYC to make eminently wearable clothes that'll have people enquiring as to where you got that T-shirts or tote from. Their caps do come in more vibrant designs, but the plain six-panel winged-foot number, in muted shades that includes beige, royal blue, black and white, will add understated flourish. Sure, there are more vibrant baseball caps to throw on at a jazz festival or tropical beach retreat, but for a summer of hometown staycation, there's no accessory more cool about being casual than Noah's."

"I am a confessed baseball cap man, and friend: I am not afraid. For the ultimate casual headwear is a good disguise in-between head shaves (the optimal amount being three a week, which, you're right, is insane), and also sits nicely about the casual gear I live my life in. I unearthed a great one at the souvenir shop at LA's Griffiths Observatory. There's another white cap with the Président cheese logo. And I don't even eat cheese!

im电竞官网-"But all of these lack polish; that little oomph that propels casual into concrete without going too smart. Prada has it. It has it in surplus, in the lovely clothes, the lovely leathers and now, in a lovely baseball cap that says 'I'm casual, but I'm the finest sort of casual you ever did see.' All that requires is some fine Italian craftsmanship, the iconic Prada logo, and my freshly-shaved head."

"A decade and a half ago, in my hometown branch of River Island, a former girlfriend grew so hysterical and uproarious at the sight of me in a Chicago Bulls snapback that I swore to never wear a hat again. That haunting laughter has died down, and I’ve been dabbling in some ever-shrinking beanies over the past few years, but I know they’re not the hat for me. I look a bit naff; less Shipster, more South Park background character.

im电竞官网-"I was about to give up on my dream, until I discovered Norse Projects’ six panel sports caps – specifically the wide wale corduroy options. Like everything else the skatewear-infused Copenhagen boutique puts out, they’re understated, well-crafted and, most importantly, fit perfectly. I’ve finally found the one."

im电竞官网-"I’m of the opinion that a cap should be a simple thing. No stupid colours or myriad logos. But I also believe it needs something. Just plain makes it look like you’re an undercover policeman, too much and you're at Glastonbury on a Sunday at 5am."

"This, by Giorgio Armani, is perfect, and gets the formula just right. It’s navy, which is absolutely the best cap colour, with a nice subtle GA logo and, perhaps best of all, it comes in suede: a decadent material for a cap I’m sure you’ll agree. Less undercover policeman, more undercover billionaire."

im电竞官网-"This summer is already a bit of a washout. Sure, air bridges, yeah, whatever. The fact is, we won’t be able to enjoy anything without the feeling of impending catastrophe. It’ll just always be there, sometimes louder and sometimes quieter, like tinnitus. But! That doesn’t have to mean that you can’t still experience the giddy thrill of transcontinental travel. You might not be able to take yourself to Europe, but you can bring Europe to you.

"Amsterdam artist Parra does bold, chunkily curvy illustrations which recall Matisse, giving a vibrant spin with oversaturated colours and mix-and-match typeface combinations. It all comes together in this understatedly popping six-panel piece. The whole vibe is very heat-struck Mitteleuropean summer skater, though obviously you’re under no obligation to wobble uncertainly around the South Bank on your ‘board’. No, it’s not the same as getting slowly cava-silly on some sultry Catalan town square, but it’s a very safe alternative."